Quite a number of the Directives, and in some cases directions, established common minimum safety and health objectives explicit for each product and demand the product to have the CE mark. Basically, CE marking should not be mistaken with a quality assurance code. Actually, it does not bestow evidence of third party examination, and it should never be mixed with any independent certification label of the kind given by European or international notified test bodies.

The EU PPE Regulation on the personal protective equipment.

The significant dates for the implementation:

The scope of the new PPE Regulation.

The regulation applies to:

1). equipment invented and made to be put on or held by an individual for security against one or more dangers to that person’s safety or health;

2). interchangeable parts for devices indicated to in point (i) which are necessary for its shielding purpose;

3). connexion systems for facilities cited to in point (i) that are not worn or held by a person, that are intended to attach that equipment to another external equipment or to a secure dock Point, that is not meant to be lastingly fixed and that do not need fastening operations before use;

The exemptions to the regulation.

The Regulation does not regard to PPE:

1). particularly made for application by the armed or security forces or in the keeping or law and order;

2). made to be applied for own defence, except for PPE meant for sporting pursuits;

3). made for private application to guard against: atmospheric situations that are not of an absolute nature, water and damp during dish-washing;

5). headpieces or helmets and their visors for operators and passengers of mopeds and motorcycles.

Who is now responsible for compliance?

For the old ppe standard, the manufacturers, supplier and authorised representatives can apply to certificate for ppe. For the new PPE regulation (EU) 2016/425, the importers/distributors also can apply to new EU certificates for the PPE items. Basis on this regulation, for importer can do certificate by supplier samples.

Which company can do the new EU certificate?

Following the abolishment of the Directive 89/686/EEC, the New Approach Directive on PPE and the ultimate replacement by the European Personal Protective Equipment 2016/425 on 21st April 2018, there are some new PPE standards that need to be observed. Ordinarily, there is a transitional adjustment where products in compliance with Directive 89/686/EEC can be presented if put on the market before 21st April 2019. With that in mind, the new standard has to be incorporated into the marketing world for the purpose of meeting the set regulations. 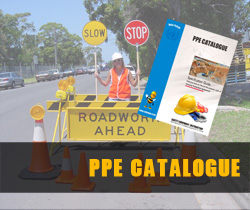